The following is an excerpt from "The Complete Guide to Corgis" by David Anderson. For more information visit the books Amazon Page.

There is very little chance of mis-identifying a Corgi once you have seen a couple of them. They are a short stout dog, similar to a Basset Hound, but with very distinctive ears (like radar dishes) and fox-like facial features.

They are small dogs, but they pack a very powerful personality and intellect into that small frame. Corgis are very clever and they are not afraid to let you know it. They are incredible companions that are easy to take on the road since they don’t require much space. 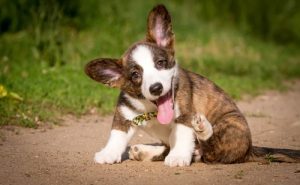 A Corgi looks like a Corgi, regardless of whether it is the very popular Pembroke Welsh Corgi or the more refined Cardigan Welsh Corgi. They have far more physical characteristics in common than they have differences, but you can still usually tell which type a Corgi is based on the color and a few other traits.

Despite its short stature, the Corgi is considered to be a medium-sized dog because it is very stout and rather long in body. They are usually between 10 and 12 inches in height and weigh between 20 and 40 pounds. When you look at their heads and bodies, it appears that their legs simply did not grow in proportion to the rest of them. They have beautiful coats that come in several different colors: 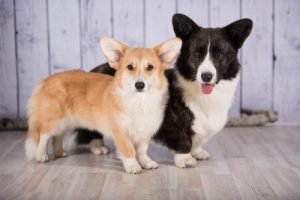 Apart from their size and coats, the Corgis have two very distinguishable features – large, upright ears, and a fox-like face. Their ears are usually perked up, and Corgis hear exceptionally well with those ears (it is one of the reasons why they are notorious barkers). Corgi puppies look like they are made almost entirely of ears.

The fox-like face appears to have a perpetual smile, which is one reason why Corgis are such a popular dog – they both look and act happy most of the time.

Pembrokes and Cardigans have more differences between their personalities than their physiques. However, some traits are fairly universal.

They are incredibly intelligent, and so as long as you are consistent and dedicated in your training regimen, you should have a fantastic companion. It is one of the reasons why they are so popular and why even those who have never owned a dog can enjoy them. Corgis quickly pick up on what you want during their training, although this does mean they also can figure out how to break the rules. If you aren’t careful, you could end up being trained by your Corgi.

One of the few things they have in common with other small and medium-sized dogs is that they bark. A lot. This is one of the biggest complaints about Corgis. With their large sensitive ears, they hear virtually everything, and are very quick to alert everyone about what they hear. This is one of the main reasons that it is so important for you to socialize your Corgi – it keeps your canine from being disturbed by every little sound.

They are high-energy dogs, which means taking them on at least a couple of walks a day is the best way to ensure your Corgi does not cause a lot of problems.

They are working dogs, which means that there are several traits that you have to watch for, such as nipping. They make a great family dog, although they are not terribly fond of young children. The loud noises small kids make can be a source of pain and annoyance to them.

Like other intelligent working dogs, they tend to be individualistic and strong-willed. While this is a great trait for herding dogs, it is something you want to train them to avoid as a pet.

Finally, they may be individualistic, but they do not like to be alone for long. If they are left home alone over the span of a full eight-to-ten hour work day, they tend to get restless and anxious, which they act out on by destroying things. By training them you can easily fix these issues, but it is best that you not leave them alone for long stretches of time. If nothing else, having another dog around will help to soothe your Corgi. 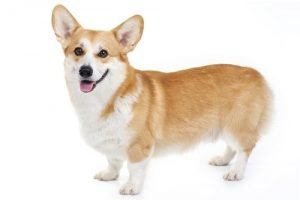 While the two types look incredibly similar, you can tell if you are looking at a Pembroke Welsh Corgi by checking out a few different features.

The Pembroke’s ears are more triangular so that the tips appear to be pointed. This actually emphasizes how pointed the Corgi face is, and looks particularly adorable when they are about to get a treat.

The Pembroke tail is also usually short to almost hidden. If you see a Corgi that appears to have virtually no tail, you are looking at a Pembroke Welsh Corgi. 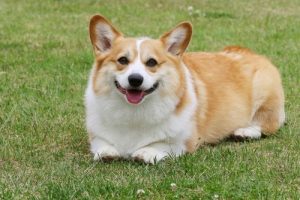 While the coats tend to be less of an indicator than the other two features, Pembrokes usually have tan in their coats. You do find some that are mostly black and white, but if you look closely, there is usually some tan, at least on the face.

Pembrokes tend to be shorter, although this won’t help you much if you don’t have one of each to check the height. Typically, you will need to rely on the other physical attributes to be able to identify which of the two kinds of Welsh Corgis you are seeing.

The Pembroke is known for being the friendlier of the two (they are Queen Elizabeth II’s favorite dog) and it is highly adaptable. When faced with a challenge, a Pembroke is more likely to change to match the environment. They also have a noticeably higher energy level than their counterpart, making them a better choice if you want a constant companion for outside excursions.

Their charming personality is what makes them the more popular of the two types as well. For those who want a constant companion without having to worry about the pup getting tired as quickly, this is the Corgi for you. 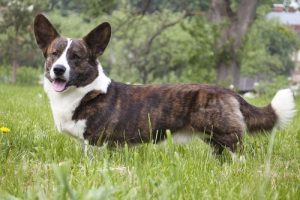 You can call the Cardigan Welsh Corgi the more dignified of the two types. They tend to be calmer, quieter, and a little less fond of changes. However, they have the more classic looking radar-dish ears that people associate with the Corgi. They may not be as popular as their close relatives, but they are still incredibly sweet.

Cardigans have ears that are much more rounded, giving them the appearance of having two large radar dishes atop their heads. The ears tend to be longer and are more obvious when the dog swivels them to hear everything going on around it.

If you see a Corgi with a tail that appears to be of normal length, it is almost certainly a Cardigan. The long, wagging tail of a Cardigan is one of the two most distinguishable traits. 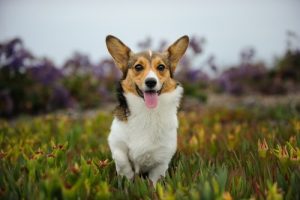 While you will need to focus on the ears and tail, you can make your first assessment by checking out the coat. The Cardigan tends to be the more colorful of the two types, with some having no tan or beige on them at all. If the Corgi’s coat is mottled or brindle, it is almost certainly a Cardigan. If the coat is black and white, it is also probably a Cardigan, but you should check for tan and beige in the face–it could just be well hidden. There are also Cardigans that have the same coat coloring as Pembrokes, though, so it is just a way to make your initial guess as to the Corgi type.

The Cardigan tends to be the taller of the two dogs, which is a moot point if you don’t have both a Pembroke and a Cardigan nearby. 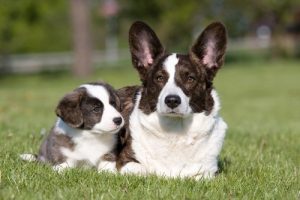 Cardigans are the more relaxed Corgi and they prefer that things remain the same. They can adapt; they just are more likely to enjoy a routine that does not involve strangers. They are more likely to be alright with missing the occasional walk (they are less likely to have excess energy that they will need to take out on your furniture when you do miss walks).

A Quick Word on Temperament

While it is true that you can generalize the personality types based on the Corgi, every Corgi is different. You can find that your Cardigan is as adventurous and friendly as a Pembroke, or you may have a Pembroke that prefers a nice, quiet evening at home. Much of their personality has to do with their training and genetics. It certainly isn’t a bad thing because all of the most basic personality traits are pretty universal, which is what makes the Corgi so popular in the first place – many people aren’t even aware that there are two different kinds.

To read more from "The Complete Guide to Corgis" by David Anderson, or purchase on Amazon, visit the link below: